HERE IS A VERY SMALL SAMPLE OF THE THOUSANDS OF WESTERNS WE HAVE.

The Lone Ranger and Tonto visit Phil Beach, an ex-bandit who was sent to prison by the Ranger but has now gone straight.
Beach has become a Lincoln impersonator and delivers the Gettysburg Address annually at the town’s festivities dressed as Honest Abe.

Beach is frustrated that Seth Hawkins, his estranged father-in-law, will not lend him the money to send his ailing wife to

a prescribed six months stay at a sanatorium. When Lefty, one of his ex-gang members, shows up that day and suggests a bank
robbery, Beach proposes that the bandit don the Lincoln makeup and provide him with an alibi while he robs his miserly
father-in-law’s hidden cache of money. The “friend” wants more than his promised share and double-crosses Beach by taking
the entire haul. After Lefty falls to his death trying to get away, it would seem that Beach is in the clear. However,
the Ranger had noticed that the Lincoln impersonator gestured with his left hand during the oration and suspects what has transpired.

EPISODE 1 OF SEASON 2 of The Forsaken Westerns.
A Tale of Wells Fargo
This is the rarely seen pilot for the wonderful Tales of Wells Fargo series.

many as 65 years. Almost lost forever, these rare television film treasures are now being released and uploaded for viewing collection.

The Forsaken Westerns is hosted by Bob Terry.

Blaze Howell stops a train holdup, but not is all that it appears to be. Very quickly Blaze is accused of the robbery and he has to make a quick getaway.
Also to complicate matters he gas a girl he is in love with that he just can’t stay away from.

HUNDREDS OF FULL LENGTH WESTERN MOVIES,HUNDREDS OF CLASSIC TV WESTERN EPISODES, THE NEW ORIGINAL SERIES – THE FORSAKEN WESTERNS- (classic western TV show episodes, many that were never broadcast to the public)
(some of the episodes of this series are available for free viewing on the Westerns On The Web youtube channel)
(But many will only be available on WesternsChannel.com for our subscribers),  INTERVIEWS WITH WESTERN STARS.

HOW TO WATCH WESTERNS CHANNEL ON YOUR SMART TV.

Subscribe to The Westerns Channel for only $7.00 per month and watch THOUSANDS of Classic Westerns and Original new series shows.

One of our goals is to create a network of subscribers who love Westerns.
The more subscribers we have the more Classic Westerns we can provide. Also once Westerns Channel acquires enough subscribers our goal is to begin producing

New Western films of Quality.So if you love Classic Westerns and would like to see New Westerns produced, spread the word about WESTERNSCHANNEL.COM 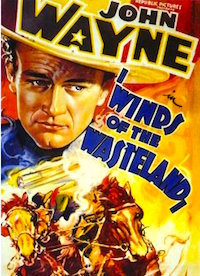 If you have the internet app on your smart TV like the Samsung Electronics 6 series MU6070 Samsung TV does.

Then you can watch Over 1000 Classic Westerns and Original new shows. All you have to do is navigate to WesternsChannel.com 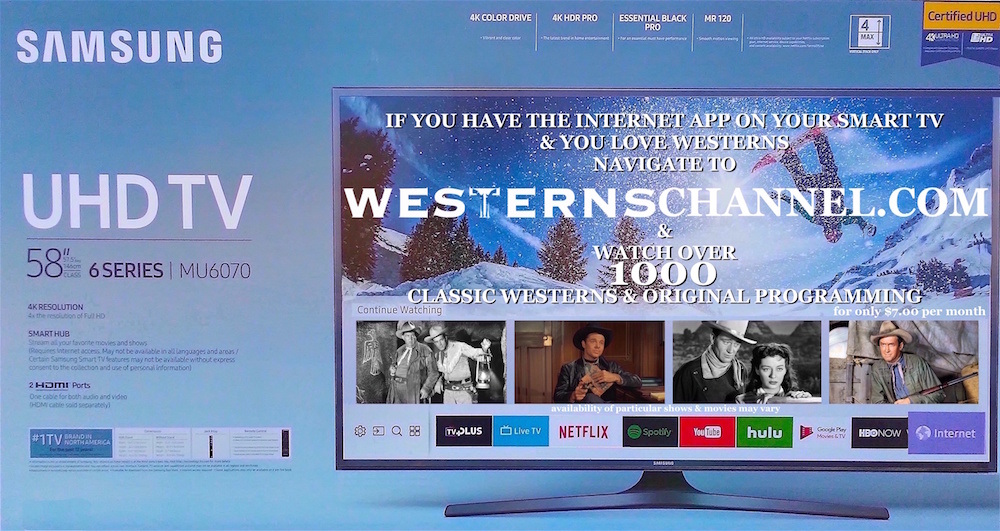 Viewing experience can vary depending on users internet quality.

This website uses cookies and Google Analytics to improve your experience. We’ll assume you’re ok with this, but you can opt-out if you wish.

WesternsChannel.com is a branch of Westerns On The Web and is in no way affiliated with the Starz-Encore network.